We spoke with H.E. Jean -Louis Falconi, France Ambassador to Serbia : about how the embassy organised its operations during the state of emergency and how he spends his private time during the pandemic, as well as how France itself is coping with pandemic. « Government has taken significant measures to support firms and independent workers » – he emphasised. 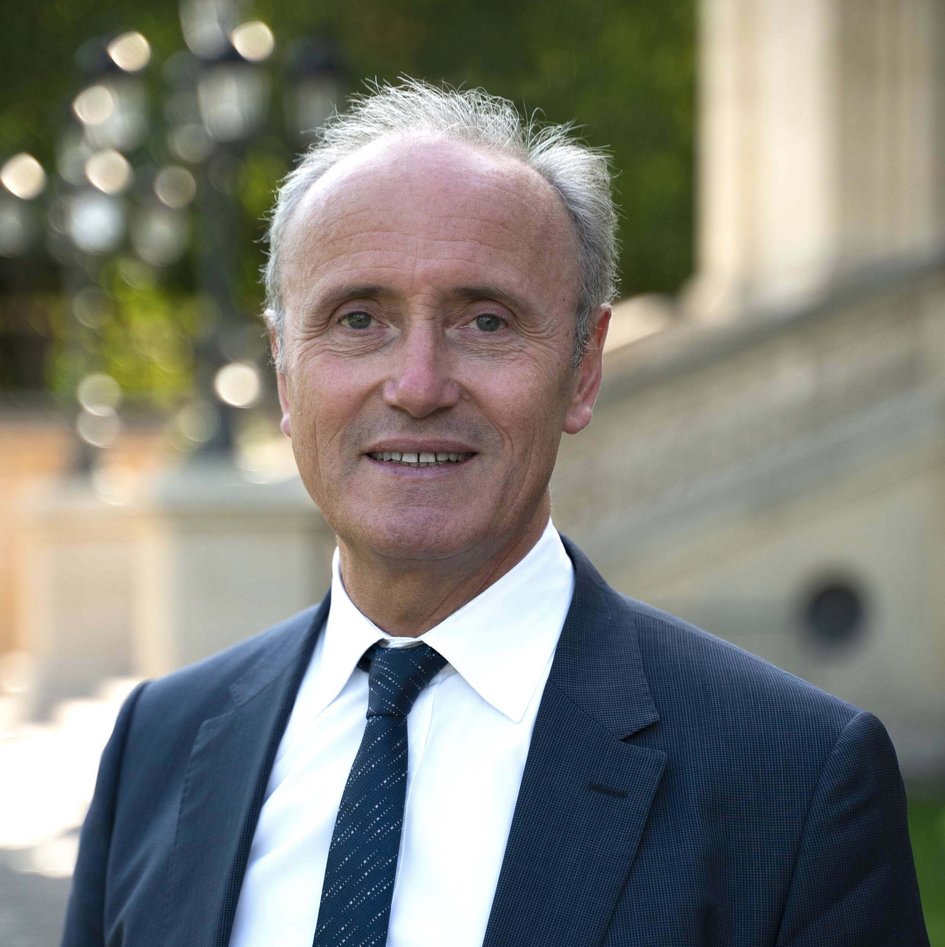 How did your country organize itself for the post-corona period ?

As you may know, strict containment measures were introduced in March. People could go out under very specific circumstances, schools and non-essential shops were closed, home-office was recommended whenever possible. Since 11 May, some restrictions were eased, but the epidemiological situation is still under tight surveillance and the Parliament voted the prolongation of the “health emergency situation” until the beginning of July. As a matter of fact, people still die of COVID every day in France but less every day, so we cannot fully relax

In a nutshell, the main changes since 11of of May is that people can go out without restriction in a 100 km radius ; they can put their children to pre-school and primary schools on a voluntary basis ; shops opened again, provided strict social distancing is respected. Technically, people can go back to work and take public transportation provided they wear a mask, but home-office continues to be required whenever possible. As per today, the borders are still closed to non-nationals and non-residents, bars, restaurants, theaters and cinemas are still closed, so life is still far from normal.

Restrictive measures will gradually be lifted and adjusted according to the epidemiological situation in various parts of France. We have a map with a two-colored code, depending on the situation. Regions in red are still bound to very strict and long-lasting measures while regions in green can hope for a quicker recovery. There are many ongoing debates, in France, on the methodology and the time-frame under consideration for this “post-corona” period. As a matter of fact, some people think the government is moving too quickly, while others hope to start their activities as soon as possible in order to avoid a complete economic breakdown. The perfect balance is difficult to find and I think our government is doing its best, considering the situation is unprecedented.

Some economic sectors are deeply impacted, such as tourism and gastronomy to only name a few. Government has taken significant measures to support firms and independent workers. Thankfully, France is not alone in this. Important EU funds are dedicated to helping member states. All together, these funds amount about 500bd€. The Central European Bank shall also repurchase the debt of EU companies up to 750bn€.

How did you organize your diplomatic activities ?

We of course had to cancel or delay all of our public events, even before the state of Emergency was called in Serbia, for sanitary reasons. We then very quickly asked the embassy staff to work from home whenever they could, or just stop working if there was no other solution. Non-essential cooperation programs with Serbian public institutions were brought to their minimum, and we rather focused on COVID-related discussions and cooperation, on a bilateral basis or through EU-channels.

Two essential activities did however remain : the political monitoring of the events unfolding in the country and the region on the one hand, and consular activities on the other. Many French citizens were stranded in Belgrade after the international air traffic stopped. Serbian nationals residing in France were also wondering how to fly back. Thanks to a very fruitful cooperation with the Serbian ministry of Foreign affairs and Air Serbia, we managed to organise several humanitarian flights from Belgrade to Paris. On their way back, those flights would in their turn bring back stranded Serbian citizens to Belgrade.

During this period, I also had more time for my staff, to make sure everyone was safe, that the spirits remained high despite social distancing. We kept in touch through online meetings, kept mobilized on long-term projects. Now the staff is gradually coming back to work, but with strict protective measures : they wear a mask, are controlled at the entrance, and have to keep social distancing. Big internal meetings will still be held online for some time. Despite a change of atmosphere outdoors, we do want to remain as careful as possible within our premises, to preserveall the efforts that were done until now.

How are you spending your private time during the pandemic ?

With the curfew and state of emergency, I had more “alone time”, which I used to discover Serbia in another way : through literature, history books and films. Through the French Institute, I was provided with a nice collection of Serbian films, all excellent and telling much about Serbian identity, the difficult moments of wars, the times of remembrance and reconstruction. In particular I enjoyed the films of Goran Paskaljevic (Special treatment, Bure baruta…) Dusan Kovacevic (Profesionalac), Goran Markovic (Turneja) and Klopka thrilling film by Srdjan Golubovic (Klopka)… It is interesting to get to know these remarkable actors shooting in several of these films and who progressively become almost part of your family !

Since I could not reach out to people the same way as before, I started interacting more with them through my personal twitter account. Considering we all had to face an unprecedented and worrying situation, I decided to share positive moments, small parts of my environments, such as sunsets on Kalemegdan, or pieces of arts that are exposed at the French Residence and that I particularly appreciate. I saw there was a real interest, as the Embassy is a renowned building in Belgrade.

What did you do first after the state of emergency was cancelled ?

After the state of emergency was cancelled, I was just happy to take a stroll outside during the weekend. In the longer run, I’m really looking forward to enjoying Belgrade again and traveling across Serbia, to discovering its landscape now that the winter is over. A little time and patience is still needed, though, to assess the epidemiological situation. It is undoubtedly better than a few weeks ago, but it should fully stabilize before getting back to our old lives, should this happen shortly. I would like to spend a few days back in Paris to see my family and friends and I would also appreciate receiving friends from France and sharing experiences of Belgrade and Serbia with them, now that the conditions for foreigners to enter Serbia are being clarified.