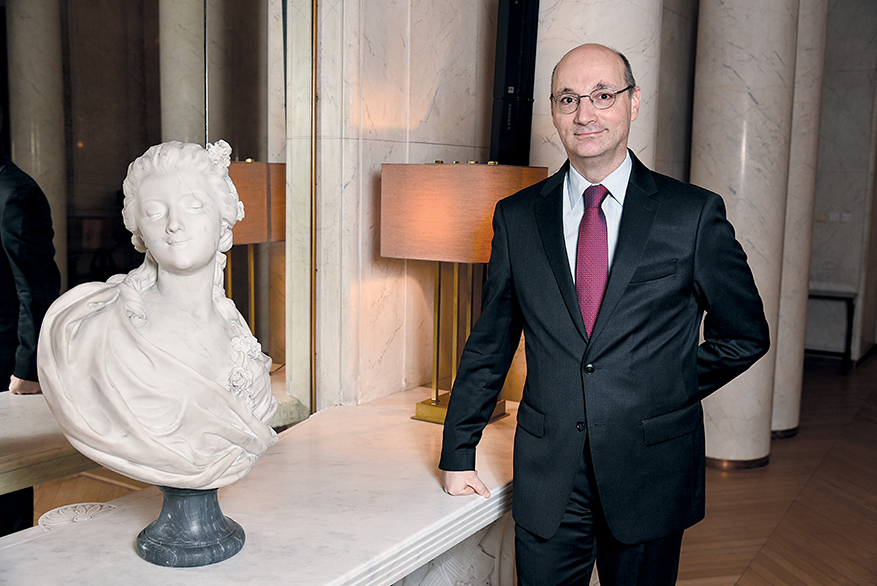 1. Your Excellency, how are preparations advancing for the upcoming meeting between the presidents of France and Serbia in Belgrade ; and is the precise date of the meeting now known ?

As you know, President Vucic and President Macron met three times since late 2017. President Macron confirmed his interest and agreement on the principle for a visit to Serbia. The exact date still has to be determined formally. I will point out that both presidents will meet in Paris on the 17th of July, which should be another occasion to exchange at the highest leval. Generally speaking, 2018 would be a very timely year for a presidential visit to Serbia for the celebration of the centenary of the end of the First World War.

2. Serbia and France are due to jointly commemorate the end of World War I, which was marked by the alliance and friendly assistance of the French to the Serbian armed forces. What do you have planned for this occasion ?

The French-Serbian historic friendship was largely built out of our common battles in the First World War. 2018 is the centenary of both the end of the war and of the liberation of Serbia by a joint Serbian-French army and, in this regards, the French Embassy and Serbian authorities have prepared a program for commemoration which comprises three main blocks.

The first one is the restoration of the Monument of Gratitude to France in Kalemegdan, which is being carried out thanks to a joint funding by the Serbian authorities (170 000 €) and a public subscription organized in France (208 000 €). The Monument should be inaugurated at the end of this summer.

The second aspect of these commemorations will be a travelling exhibition dedicated to promoting the memories of Serbian families whose ancestors fought along with French soldiers. This exhibition will start in early October in Vranje and will follow the route taken by the liberation army up until November 1st, centenary of the liberation of Belgrade.

The last aspect will comprise a series of conferences in the University of Belgrade and Military academy on the Thessaloniki Front and the French-Serbian friendship. The results of these scientific events will be published as a research product.

3. How much awareness exists in France today when it come to your country’s former strong ties with Serbia ; and do you agree that bilateral relations today fall short of the level of enthusiasm that was recorded a century ago ?

The First World War was a trauma for France and Serbia – 1,6 million dead in France and 1,25 million in Serbia. This is why the French public has been so focused, since 1918, on commemorating primarily these terrible losses. However, the specific friendship between France and Serbia is not forgotten which is evidenced by the presence of a Serbian flagbearer in every November 11th Ceremony and by the significant number of streets in France named after this period (rue de Belgrade, rue de Serbie, rue Franchet d’Esperey, avenue Pierre 1er, avenue Alexandre de Serbie etc.) in cities like Brest, Clermont-Ferrand, Dunkerque, Moulins, Nancy, Nevers, Nimes, Paris, Poitiers, Reims etc. France also takes part in the annual ceremonies organized in the Serbian Military Cemetary of Thiais. The fact that France could raise more than 208 000 euros in a public subscription to restore the Monument in Kalemegdan also shows that this historic alliance is remembered. 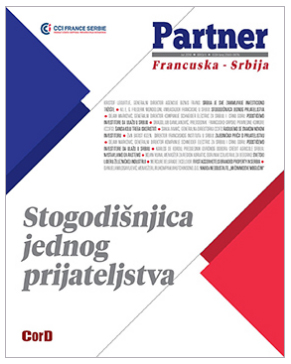 4. Serbia took very seriously the statement made by French President Macron, who said that – despite France’s support to the EU integration process of the Western Balkan countries – there can be no further EU enlargement until the community has undergone serious changes that will lead to its strengthening. When do you think this reform process could be completed ?

As President Macron asserted it, France favours a reform of the EU prior to a new enlargement. This is made necessary by the current crises of the EU : any enlargement which would be carried out before such a reform would risk delaying the management of these crises and would also jeopardize the accession of these new member states. Indeed, it not sure that, in the current context, the EU is able to welcome them in the way they deserve and in accordance with the efforts they will have accomplished. It is then the interest of these applicant states to join a reformed and consolidated EU. For president Macron, the reform of the EU must take place at quite short term, before the end of his term, which would not question the possibility for Serbia to join by 2025 – the indicative date provided by the Commission for accession if the necessary reforms are carried out.

5. Do you consider that the new circumstances suggested by President Macron should lead to an easing of the pressure on Serbia to reach a final, binding agreement with Kosovo as soon as possible, preferably this year, for the precise purpose of advancing towards EU membership ; if the EU needs time to reform, could Belgrade and Pristina receive that same time ?

As I mentioned, it is clear for President Macron that the reform of the EU must be carried out before the end of his term, which does not question 2025 as possible horizon for Serbia to join the EU. Which means that President Macron’s speech has not created new circumstance : the Serbian authorities must continue their work to accomplish the reforms to secure the possibility for accession, including on Kosovo. On this topic, the only pressure on Serbia does not come from EU but from the simple Serbian willingness to access the EU : as chapter 35 requires the normalization of relations with Pristina, it is of Serbia’s interest to work for a mutually agreeable solution.

6. Media reports mention the possibility of the future relationship between Serbia and Kosovo being determined at an international conference that would resemble the one held in Rambouillet in 1999. What do you think of this idea ?

Since 2013, Belgrade and Pristina have been engaged in a dialogue under the umbrella of the EU in Brussels. So far, this dialogue has enabled some technical agreement on the registration plates, on phone international suffix or on integration of Serbian magistrate in the Kosovo judiciary. This could not have been reached without the EU and this dialogue must be resumed. France supports this process and does not favour any change of format, even though constructive support from other countries will be appreciated if it contributes to reaching a mutually satisfactory solution for both parties.

7. How would you assess the current level of economic cooperation between France and Serbia ; in which areas do you see room for progress ?

France is currently the 12th commercial partner of Serbia and the 7th foreign investor. About a hundred French companies are present in Serbia and employ around 11 000 people. These companies are active in the financial and insurance sector (Société générale, Crédit agricole), but also in the automobile industry (Mecaplast, Mecafor, Michelin-Tigar etc.). Furthermore, this economic cooperation is on the rise, with French companies making large investments in Serbia – concession of the waste disposal facility of Vinca for the consortium Suez-Itochu, concession of the Nikola Tesla Airport for Vinci, work underway regarding the Belgrade underground etc. There is indeed a large room for further development of this cooperation and France is promoting cooperation in various economic areas like environment, agriculture, transportations, urban planning etc.

8. March saw the signing of a contract that granted French company VINCI a 25-year concession to manage Belgrade Nikola Tesla Airport. What could you say about the significance of this deal to overall economic relations between the two countries ?

This contract, along with the concession of the waste disposal facility of Vinca granted to Suez and Itochu, has been a significant step forward in our economic cooperation. Indeed, the Nikola Tesla airport is one of the most important infrastructures in Serbia, with a large visibility and a prominent capacity to attract visitors, investors and economic actors. The global amount of investment which Vinci is about to initiate (730 million € in total) will make this airport a major regional hub which will better connect Belgrade and Serbia to France and the rest of the world. In itself, this project will also sharply increase the global amount of French investment in Serbia and contribute to better bringing closer our two economies.

9. The Serbian public is interested in the details of the concession contract. Do you believe that they will be informed, and would that conform with the prevailing spirit of business ethics in France ?

Vinci Airport is a large company with global dimension. It manages about 40 airports worldwide and has acquired a significant know-how and experience in such investments. The public-private partnerships, like concessions, are a new kind of economic model in Serbia and will indeed require explanation efforts towards the public. I could observe, earlier this year, that the interest of the media for this topic led to a number of quite detailed articles in the main dailies and weeklies which was a useful thing. This however, cannot prejudge of the communication that Vinci will have to undertake as well, especially on the way investments will be carried out and on the management model which will come along with these investments. So far, I understand that we are still in an early phase of implementation and I am confident such a communication will come when the concrete investment will start.

10. The new leaders of the City of Belgrade have stated that the construction of an underground metro rail system is among the priorities for the capital. French companies were previously often mentioned in connection with this job. Does such interest still exist ?

French companies are still interested to be involved in the construction of the metro of Belgrade. French government has renewed his assistance to Serbia and city of Belgrade to work on the feasibility study of this outstanding project.